In May 2010, when Humira Saqib launched a magazine called Negah-e Zan, or Vision of Women, she knew she would face opposition. She never imagined she’d be forced to flee Afghanistan.

Almost immediately after publishing the inaugural issue, which included an article criticizing comments by a religious council in the northern province of Baghlan, Saqib started receiving threatening phone calls and comments online, she said.

Then it got worse. Her 10-year-old daughter was stabbed by unidentified assailants in Kabul but survived. Saqib was the target of an unsuccessful kidnapping attempt. She eventually moved with her family to Tajikistan, where they stayed for a year before returning to Afghanistan.

Despite laws aimed at safeguarding them, women’s rights activists continue to face harassment and worse dangers in Afghanistan, Amnesty International said in a report released Tuesday.

The international rights watchdog said the Afghan government “is failing in its obligations to protect them and to provide adequate remedy for the violations they experience.”

The majority of threats come from the Taliban and other armed opposition groups, but government officials, law enforcement authorities and local strongmen also committed abuses against women’s activists or failed to punish perpetrators, the report said.

The group, which interviewed 50 women and their families nationwide, accused Afghanistan’s U.S.-trained security forces of inaction and inattention in cases of harassment against women.

Those allegations seemed to be borne out last month when a 28-year-old woman, falsely accused of burning pages of the Koran, was beaten and burned to death by an angry mob in Kabul. Cellphone video showed police officers at the scene doing little to stop the attack.

“The systemic failure of security and law enforcement agencies to respond to threats and investigate incidents of attacks reported by women human rights defenders is a human rights violation rooted in patriarchal traditions that normalize gender-based violence and render it acceptable,” Amnesty said.

Saqib said police were “flippant” and “unhelpful” during her ordeal. Since returning to Afghanistan in 2013, she has decided to censor herself and avoid openly discussing controversial topics, especially religion. The 35-year-old mother to three daughters said she laments the lack of female Afghan voices on religious affairs — especially sharia, or Islamic law — but said her first responsibility was to her family.

“I still speak out, but I’m much more cautious with what I say,” she said.

Saqib said women should hold officials to account by reporting all threats immediately, but she acknowledged that many don’t out of fear of being stigmatized.

“Unfortunately,” she said, “women often keep quiet and don’t report the abuses and harassment until it’s too late.”

Latifi is a special correspondent. Female students: We were told that you are not allowed to enter the university until you wear a black veil The mysterious death of a teenage girl in Bamyan 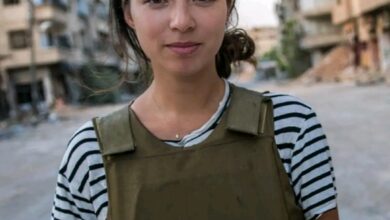