An online conference entitled “Freedom of Expression Under Gun and Extremism” was held on the occasion o World Press Freedom Day, with the participation of women journalists by the Afghan Women News Agency and the Afghanistan Democracy and Development Organization(ADDO).

Abdullah Ahmadi, head of the Afghanistan Democracy and Development Organization(ADDO) said the purpose of the conference was to identify the challenges facing journalists and to find a way out of the crisis of independent media in Afghanistan.

Referring to the poor media situation in Afghanistan, Mr. Ahmadi said: “With the arrival of the Taliban in Afghanistan, the activities of the media and the press, like other democratic structures, collapsed and a large number of experienced journalists were forced to leave their homeland. Journalists operating under the control of the Taliban are constantly harassed, tortured and even killed.”

Mr. Ahmadi added that female journalists interviewed foreign media under the pseudonym, even on Press Freedom Day, out of fear of Taliban violence and reported the situation of women.

Anisa Shahid, a well-known Afghan journalist who took refuge in foreign countries with the arrival of the Taliban, told the conference that she never imagined a re-establishment of the Taliban, which has led to the death of freedom of speech and the media in Afghanistan.

“Unfortunately, this year, on World Press Freedom Day, we mourn the loss of freedom of speech and the press in Afghanistan and the Taliban closed the national television channel to women a day after they came to power in Afghanistan, and journalists are not allowed to cover any news and reports, and no Taliban-controlled citizen has the right to protest.”

She added that Taliban members enter media outlets with guns and rifles, disregarding the law, taking media workers with them for writing news and reporting and releasing them after much torture.

According to Ms. Shahid, Taliban officials do not interview women journalists and do not participate in television programs hosted by women.

Meanwhile, Makia Munir, a female journalist in Afghanistan, told the conference that the Taliban change the content of media outlets in their favor, censoring and filtering news, reports and even television programs and then allowing them to be published.
Ms. Munir believes that under Taliban rule, there is no freedom of speech and freedom of the press, and that social media has replaced free press.

Referring to the trial of Khalid Qaderi, an Afghan writer, Ms. Munir said that Afghan citizens now have no right to express their opinions in cyberspace because the Taliban are imprisoning and prosecuting their opponents for writing and expressing opinions.

Meanwhile, Homaira Saqib, head of the Afghan Women News Agency, praised the work of female journalists under Taliban rule in preserving the achievements of women journalists, adding that after the Taliban rule, voices of protest and opposition against the Taliban had risen by women which the Taliban-led government has always suppressed these voices.

Referring to the protest activities of protesting women in the streets of Kabul, she said: “Afghan women today did not allow traders in history to once again bargain on women’s bodies and forcibly bury women in the corner of the house. The anonymous and courageous journalists take responsibility and narrate the ongoing oppression on the Afghan people.”

Ms. Saqib added that the Taliban Ministry of Information and Culture had not allowed women-run issues media outlets to operate under their control. That is why most anonymous journalists work in the media to cover the situation of women and children and to narrate the deprivation and oppression of Afghanistan these days.

The conference participants called on Afghan journalists living abroad to challenge the international community and the rest of the world for a political change in Afghanistan so that such journalists no longer sit idly by watching the deaths of freedom of speech and the press.

According to the conference participants, the only way out of this crisis is to bring a political change in the structure of the Afghan government.

The strangled body of a female teacher was found in Nimroz 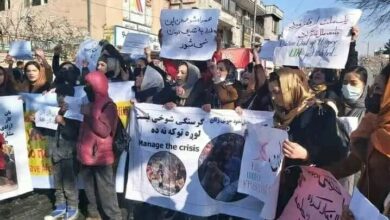 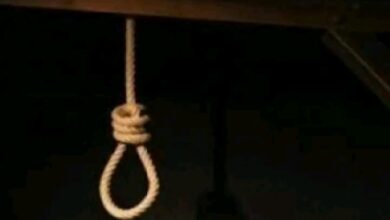