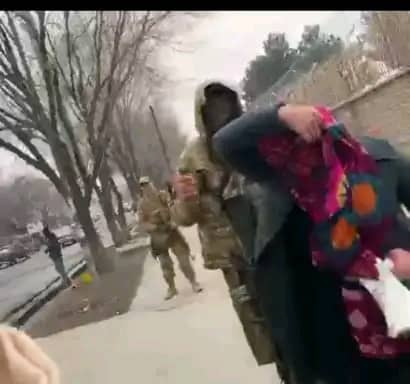 The human rights organization Amnesty International has published a new report on the abuse of girls and women by the Taliban and the torture of protesting women in Taliban prisons. It is stated in this report that the Taliban’s brutal repression has destroyed the lives of women and girls in Afghanistan. More than a hundred Afghan women and girls were interviewed by the human rights organization Amnesty International to prepare a report entitled “Slow Death”. Their statements show how the Taliban threaten, arrest, torture and disappear those who have the courage to protest the Taliban’s restrictions on women. One of these women said from her experience in the Taliban prison that the Taliban tortured her by showing her family photos in the prison. “The Taliban guards kept coming to my room and showing me photos of my family and repeating that we can kill them.”

One of the other women imprisoned by the Taliban told Amnesty International about the history of violence and torture in the Taliban prison that women’s genitals were whipped so that they could not show the effects of torture to anyone. “During the torture, the Taliban hit our chests and between our legs, they did this to us so that we could not show the world how we were tortured.”

Another young woman also said that she was tortured by electric shocks in a Taliban prison. She said that the Taliban arrested her with a man in the bazaar, who was not her mahram. The Taliban had announced that women are only allowed to leave the house with Mahram. According to the Taliban, Mahram is only men close to the family, including husbands, sons, fathers and brothers. However, the Acting Minister of Foreign Affairs of the Taliban in Uzbekistan lied about the irresponsible detention of men and women in the meeting and denied torturing the prisoners.

Amir Khan Motaqqi, the Acting Minister of Foreign Affairs of the Taliban, said at the Afghanistan conference in Tashkent, the capital of Uzbekistan, regarding the criticism of the group’s treatment of women, girls and protesters:
“We have no political prisoners in Afghanistan. We have not had any women prisoner in Afghanistan who were tortured.”
Mottaqi asked those who claim torture in the Taliban prison to provide documents and evidence. He added: “Those who claim, come and provide evidence, documents and figures.”