She was competing with world’s famous actresses including India’s Deepika Padukone for the same category.

The award show was held in Tanzania on Feb. 23, hosted by Azam TV.

The film, A Letter to the President, was nominated in four categories, best actor, best actress, best director, and best screenplay.

Leena Alam is an award-winning Afghan film and TV actress and a Human rights activist. She started her acting career in 1998 with films as “In a Foreign Land”, “Loori” and a few more made by Afghan filmmakers in the United States.

She made her debut in Afghanistan in Barmak Akram’s 2008 “Kabuli Kid”, and went on to do “Soil and Cora”l, “Ahwal e Darya”, “A Letter to the President” and a few short films to help young rising filmmakers in Afghanistan. 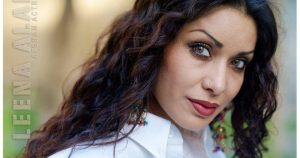 She is mostly known to have worked in subjects that speaks on Child Marriage, Gender Equality, Women’s Right and Social Conflicts. Her notable work on these subjects are “Shereen” The struggle of a powerful woman, a taboo-smashing feminist TV drama, and “The Killing of Farkhunda” a re-enactment of the killing of a 27-year-old girl in Kabul.

A Letter to the President, the 90-minute, full-length movie, took two years to complete.

The movie is about the miseries suffered by women in Afghanistan as well as about discrimination and violence against women in the country.

Starring Leena Alam, the move is written by Aziz Deldaar, produced by Roya Film House and co-produced by Kaboora Production.

protest against the decision of the Taliban; At least sixteen university professors have resigned from their positions

Seventy women and girls were arrested by the Taliban in Daikundi

First Place in Karate in Canada by a girl from Afghanistan