Facebook Twitter LinkedIn Skype Messenger Messenger WhatsApp Telegram Viber Line Share via Email Print
Following targeted assassinations of women; This time, Zahra Jalal, the representative of the urban governance network and the provincial coordinator of Afghan Women News Agency in Khost province, has been captured by the Taliban group.
Initial information shows that the Taliban had taken Ms. Jalal and her family members to the Zarghun area of Mohammad Aagha district on Tuesday, July 13, 2021, near the Pol-e-Alam in the center of Logar province. Kafil Raihan, the head of Khost Provincial Council, also confirmed this news and said that Ms. Jalal along with her four sons and one daughter were kidnapped by the Taliban.  According to the head of Khost Provincial Council, this incident happened before noon.
Simultaneously with this incident, Zohra Sadat Hashimi, the employee and provincial coordinator of Afghan Women News Agency, was also threatened two days ago by unknown persons affiliated with the Taliban group. Ms. Hashimi has been threatened by the Taliban before during the organization of the Afghan Women News Agency program (workshop for marginalized women) in Khost province, and the program of this office was stopped due to threats.
However, the Afghan Women News Agency, as a news agency, implementing and performer of peace and awareness programs for women in various provinces of the country, including Kabul, Herat, Balkh, Bamyan, Nangarhar, Khost, Kandahar, Logar and Parwan, has also faced serious security challenges.

Systematic and targeted Assassination of Women in Afghanistan Women beaten for demanding their rights 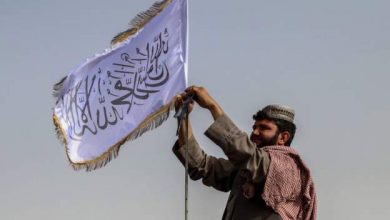