Afghans are witnessing deadly scenes and events every day, including; Suicide attacks, magnetic mines and targeted assassinations. Contrary to speculations about security and stability in Afghanistan, Terrorist groups have intensified their attacks in different parts of the country; these conflicts take more victims every day from the civilians, especially the women and girls.

According to the Independent Human Rights Commission statistics, in 2020, out of 8,500 civilian casualties, 2,958 people have died and 5,542 others were injured. The commission’s findings show that the death toll has decreased by 21 percent compared to 2019. The number of casualties in 2019 reached 10,072 people

Statistics from the commission shows that in 2020, among the 8,500 victims, 5,539 were men and 847 others were women. In addition, 2,019 children are also among the victims of the incidents. In addition, the identities of 95 victims have not been identified.

Meanwhile, statistics released by UNAMA on casualties in the first three months of 2021 show a 29 percent increase in civilian casualties compared to 2020 in Afghanistan.

According to UNAMA, at least 1,800 people were killed and injured in Afghanistan during the first three months of 2021. A report by UNAMA shows that 573 civilians were killed and 1,210 others were injured in the first three months of the year. 27 percent of this has been women which were either killed or injured and the other 23 percent casualties have been the children.

A war that its causalities have not been divided but targets women and students, Safia Sediqe, a women activist in Afghanistan, told the Afghan Women News Agency: “We are somehow killed every day, but we still do not know why we are being killed.” She added: “Women have highly been respected throughout the history and have never been attacked or abused as they are now.”

“Today’s war in Afghanistan is a dangerous and blind war that does not recognize men and women, children and adults, but attacks almost everyone,” she said.

Nevertheless, Zahra Sepehr, a lawyer and women rights activist in Afghanistan, said: “The progress of women over the last two decades has led them to demand a prominent role in all areas of culture, politics, society and the economy. Therefore, in the peace process, women are trying to maintain their position.

Our enemy which is the Taliban in order to weaken the morale of women who have raised their voices for over two decades and to show that they (the Taliban) are not defenders of women’s rights and have no belief in women rights in the potential coming government and is trying to keep women away.

The main reason for killing the women is to weaken the morale of capable women and other women who participate in social activities.”

Afghanistan women have had many achievements and have faced a lot of challenges in two decades. For this reason, the Taliban, which opposes the development of women, has recently been targeting more women and girls through terrorist attacks and targeted assassinations.

Attacks on women journalists, the killing of female judges, the attack on Dasht-e Barchi hospital, and the targeting of women’s rights activists and students have all been cases of targeted killings of women in Afghanistan.

The latest incident, which took place on Tuesday, May 28, in Kabul PD13, near the Sayed al-Shuhada school, Terrorists targeted schoolgirls, which through a deadly explosion killed more than 50 and injured more than 100 others. This is not the only explosion in which women and students are attacked. Women and children have been targeted before as well.

Reactions to field-trial of a woman in Herat province.

“Escaping from the Illegitimate Demands of my Employer” 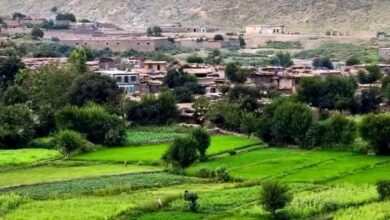 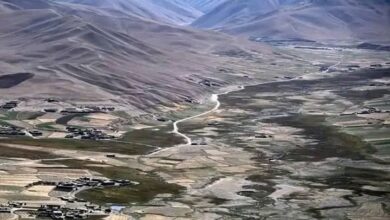